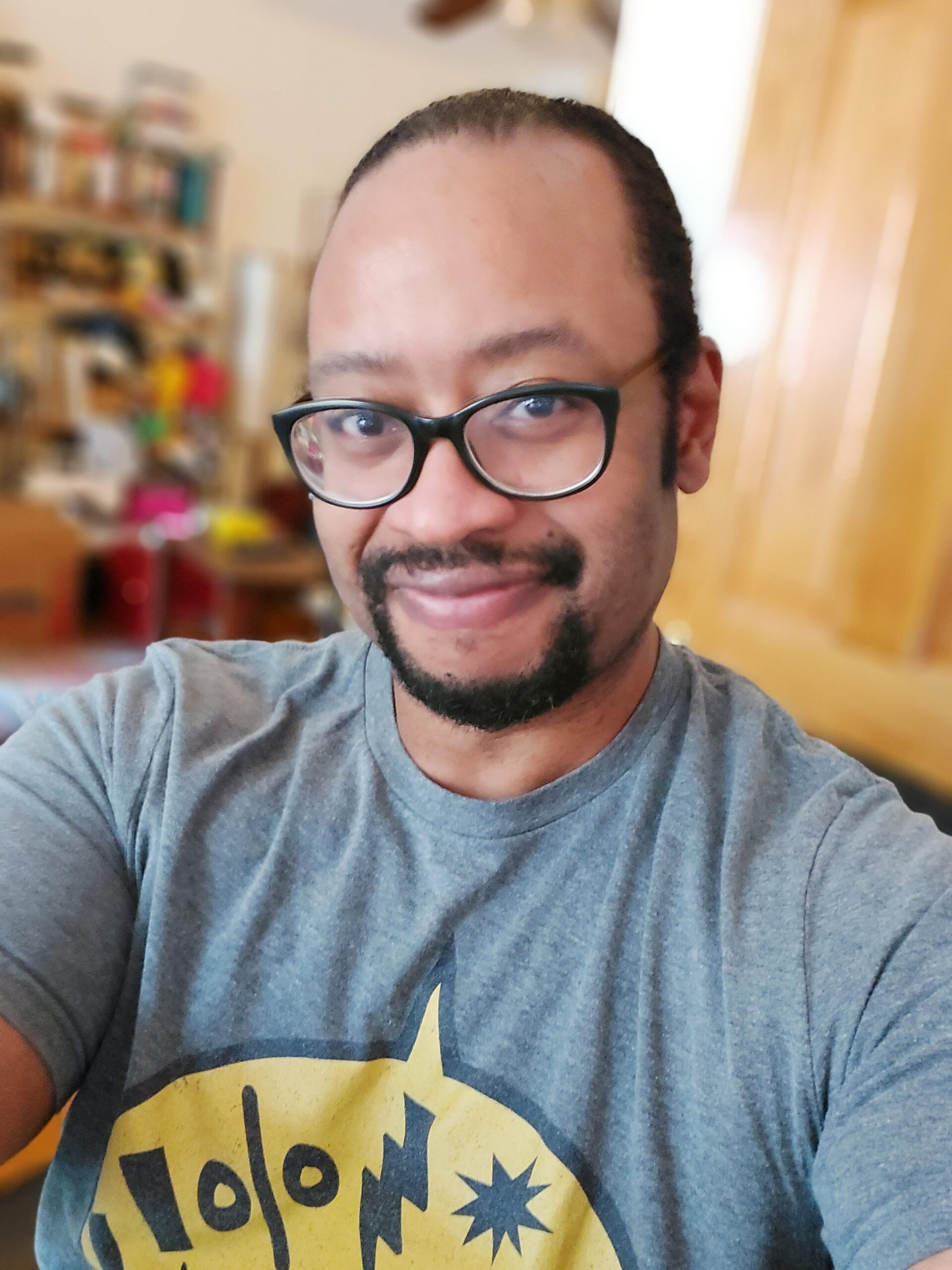 Jamal Igle is the recipient of the 2011 Inkpot Award for outstanding achievement in Comic Art. He is writer/artist/Creator of MOLLY DANGER for Action Lab Entertainment, the co-creator of VENTURE with Dynamo 5 creator/writer Jay Faerber, and the penciller/ co-creator of THE WRONG EARTH with writer and Editor in Chief, Tom Peyer for Ahoy Comics. Jamal is a comic industry veteran whose detailed pencils have graced books as varied as The Narrative of the Life of Frederick Douglass, the all-ages action miniseries “Race Against Time” as well as mainstream hits such as G.I.Joe, Iron Man, Spider-Man, and Green Lantern. Jamal has served as the series artist for popular runs on Firestorm the Nuclear Man, Nightwing, and Tangent: Superman’s Reign, Superman, Supergirl and Zatanna for DC Comics, Noble Causes for Image Comics, and a four-issue run on New Warriors for Marvel Comics.Jamal recently completed the sequels to the hit series BLACK called WHITE from Black

Superpowers/ Black Mask Studios, and THE WRONG EARTH: NIGHT AND DAY, THE

MYSTERIOUS MICRO-FACE for NPR Planet Money and MILESTONES IN HISTORY for DC Comics. Currently, Jamal is working with legendary Batman writer SCOTT SNYDER on his new creator-owned series, DUDLEY DATSON AND THE FOREVER MACHINE for Comixology.